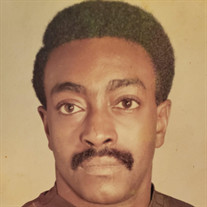 Joseph Franklin Maul (“Little Joe") was born January 6, 1945 in Indianapolis, Indiana to Joe E. Maul and Frances Jones Maul. Joseph, one of 5 children, was an inquisitive child who was reading by the age of 3 years old. Though sickly as a child, Joseph never allowed his health challenges to limit him, he was an avid basketball player, and loved to swim and hunt. Joseph graduated from Crispus Attucks High School in 1971 and went on to be employed by Bridgeport Brass Corporation where he worked as a Crane Operator until his health forced him to retire. As a result of his muscular dystrophy diagnosis, Joseph became a strong supporter of MDA (Muscular Dystrophy Association) and faithfully collected monies for “Jerry Kids” every year. Joseph was a licensed Preacher in the Christian Methodist Episcopal Church having been licensed in 1977 and then Ordained a Local Deacon by Bishop P. Randolph Shy in 1981. Joseph’s commitment to Kingdom building is highlighted by his involvement in the life of the church. He was blessed to serve Breeding Tabernacle in various capacities. He served as a Trustee, Van Driver, Choir & Male Chorus Member, Janitor, was a part of the Evangelism Ministry, and until his health failed could be found on Wednesdays assisting with the Food Giveaway to those in need. Joseph was most proud of organizing and sponsoring the first basketball team of Breeding Tabernacle. His love and concern for the young men of our community propelled him to plan and participate in activities that would enrich the lives of young people Joseph entered his eternal rest Monday August 26, 2019. Joseph is preceded in death by both parents, Sister Lois Jean, two brothers, John and Robert. He leaves to cherish his memory, His Wife, Geraldine; Daughter, Natalie (Frank); Grandchildren, Emerald, Langston Ray Franklin, & Amethyst ; Brother, Richard, and a host of nieces, nephews, cousins, loved ones and friends. I have fought a good fight, I have finished my course, I have kept the faith:

Joseph Franklin Maul (&#8220;Little Joe") was born January 6, 1945 in Indianapolis, Indiana to Joe E. Maul and Frances Jones Maul. Joseph, one of 5 children, was an inquisitive child who was reading by the age of 3 years old. Though sickly as... View Obituary & Service Information

The family of Reverend Joseph F. Maul created this Life Tributes page to make it easy to share your memories.

Send flowers to the Maul family.